“"David in particular is one of the most innovative and driven young guitarists on the scene today."”

In the FILM MUSIC section you can watch a new video with my music.
As always, I recommend good speakers or headphones 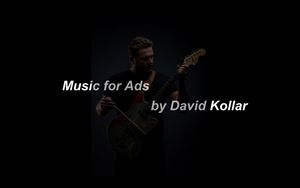 "Effusions, Extracts from the Notebooks" by Goliarda Sapienza

Around Goliarda Sapienza's Notebooks, the music of the trumpeter and the voice of the actress are perfectly tuned for a new creation imagined for the radio. 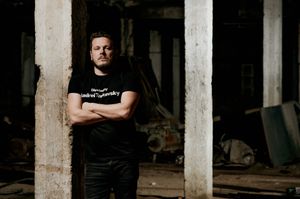 "The Art of Joywas given to me for my birthday a few years ago. Busy with so many things and with traveling, this book, of at least eight hundred pages (therefore heavy to carry), was in my suitcases each time. On each return, prominently on the shelf of my library. A place chosen among my most precious books. Those who filled me. The Art of Joy what a beautiful title! And yet I haven't read it yet. I started with the Notebooks and The Certitudes of Doubt. We have chosen these Notebooks to travel with you. Goliarda Sapienza's Notebooks recount certain stages in her journey, with her joys and sorrows. The exigency of his thought, the beauty of his writing, his outpourings resonate in me, and it seems to me that they echo each of us. As for The Art of Joy, knowing that her writing work took ten years for her to be satisfied with it, so no longer between two suitcases but in a sacred moment The Art of Joy will be my next recollection. In the meantime, with a joyful heart, with Erik Truffaz yet another great trip!
Sandrine Bonnaire!

Crime on The Bunny live at FM radio

Crime on the Bunny live at FM radio. Live link 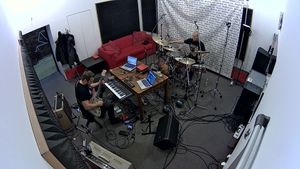 The ESPRIT awards ceremony with a three-concert nominee took place on Tuesday 14 September at the P. O. Hviezdoslav Theater in Bratislava. The award for the best jazz album released in 2020 went to the album by guitarist and composer Dávid Kollár and Norwegian trumpeter Arve Henriksen called Unexpected Isolation. 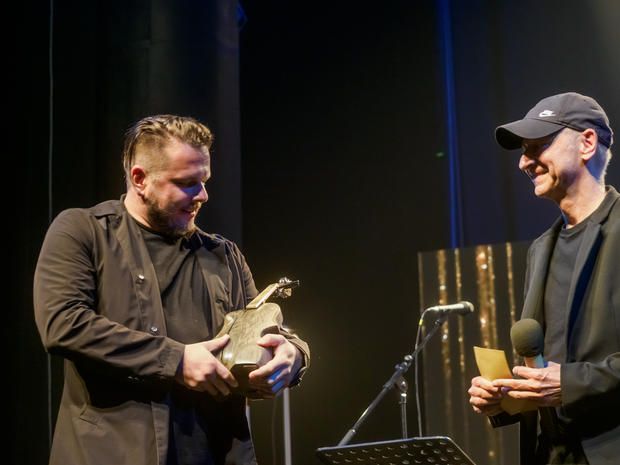 Thanks to the Kollar - Truffaz collaboration, Slovak guitars will be heard in the Louvre in Paris!

French trumpeter Erik Truffaz will present his new project with French painting elites Charles Berberian, David Prudhomme and Stéphan Levallois this Friday, June 11, at 8:00 pm in the Louvre in Paris. The mentioned artists will create works during the performance of Erik Truffaz, who invited the Slovak guitarist David Kollar to help at a distance.

"These days most people think of David Kollar as Steven Wilson’s right hand man, but I first came across him in the band Komara which he formed with drummer Pat Mastelotto and Italian trumpeter Paolo Raineri back in 2014. Here we have a beautifully presented two CD set, which also includes the poems which form the inspiration for the first album, both in the original Slovakian and English. Kollar is of course Slovakian, and he has taken 10 poems by Ukrainian-born, Slovakian poet Valerij Kupka, and used these as the basis for music composed on a ronroco. This instrument was invented by Boliivian Gonzalo Hermosa in the 1980’s and comprises ten nylon strings, arranged in five double courses and is essentially a baritone or bass charango, about 80 cm long with a 46–50 cm scale. On this album he also provides sampling and a baritone acoustic guitar, and sometimes bows his instruments as opposed to picking them, which provides a very different tone and structure. He is joined by just one other musician, trumpeter Erik Truffaz, and then only on the final number, “A Divine Beam Descended on the Earth”. This is an album which feels both incredibly experimental and also very connected to nature, with the bowing in particular bringing a certain other worldliness to proceedings. The picking is gentle and delicate, and is something which lulls the listener in, yet at other times the music is very electronic and out there, as he uses different sounds and techniques, always very much at his own pace. The lack of percussion is also important, especially as it adds to the space within the music.

‘Crime On The Bunny’ is very different indeed, with an inspiration taken from a stuffed toy seen abandoned in a forest as opposed to a set of poems. It starts with a rock-driven punk intro which sounds as if Muse has been let in the house and is totally removed from what has gone before. It soon turns into something far more left field, with strange sounds being dragged from electric guitars in multiple different fashions. On this track he is joined by drummer Pat Mastelotto and Arve Henriksen (trumpet efx) and is totally different from what has gone before as it moves through multiple different styles where the guitar sounds like it is often in pain, far removed from the gentle picking we had heard previously. This 10-minute-long piece is followed by two shorter numbers, “Coronomorphia I” and “II”, which are again very experimental in nature as David layers different styles of owed acoustic guitar on top of each other. Neither of these in any way prepare us for the last number, “The Sound Behind The House”. This is exactly it purports to be, a 52-minute-long recording from behind his parent’s house, where he just put out a microphone and allowed us to share in the sounds of nature. I must admit this last one took the least amount of effort in terms of recording yet is something I actually found myself playing quite often stuck in the middle of the city as each time I played it, t took me home. Both of these are available separately as digital recordings, but the double digipak CD release is well worth investing in. 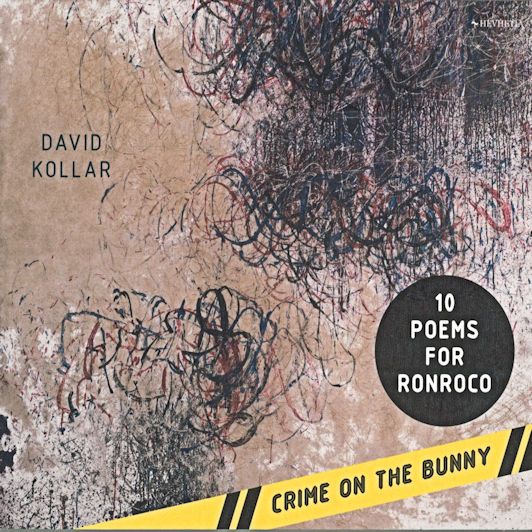 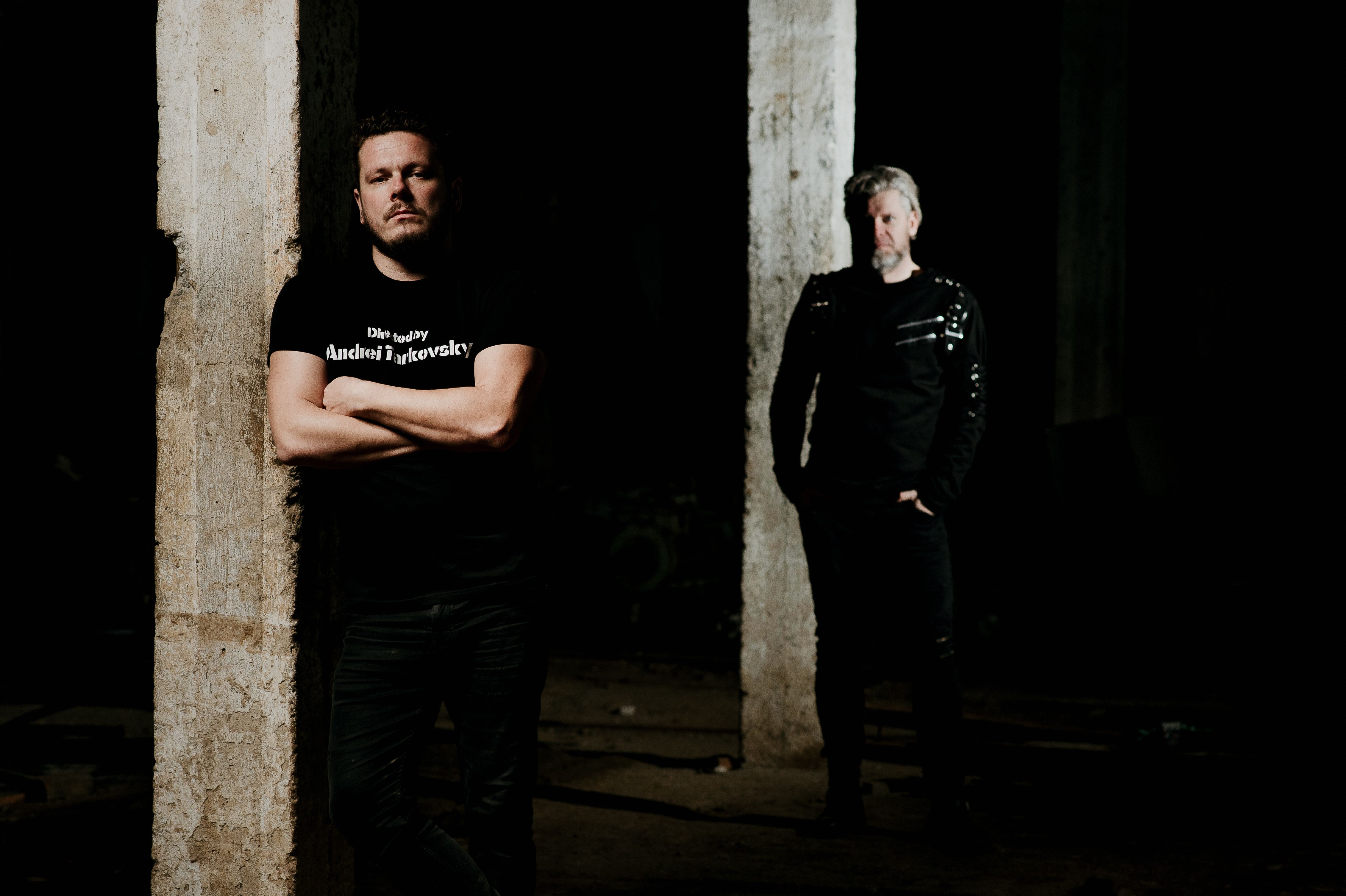 Slovakian guitarist Kollar and Norwegian trumpeter Henriksen have a special rapport. Their rather brief on-stage encounters resulted in 2018’s “Illusion Of A Separate World” which seemed to have predicted lockdowns and locusts besieging our days, and 2020’s "Crime On The Bunny" which drove it home with “Coronomorphia” – so there was nothing new for these artists in resuming remote recording and giving us another chapter of their saga. “Unexpected Isolation” is an instrumental mosaic that reflects today’s state of affairs, focusing on small details to render it all relatable.
Read more 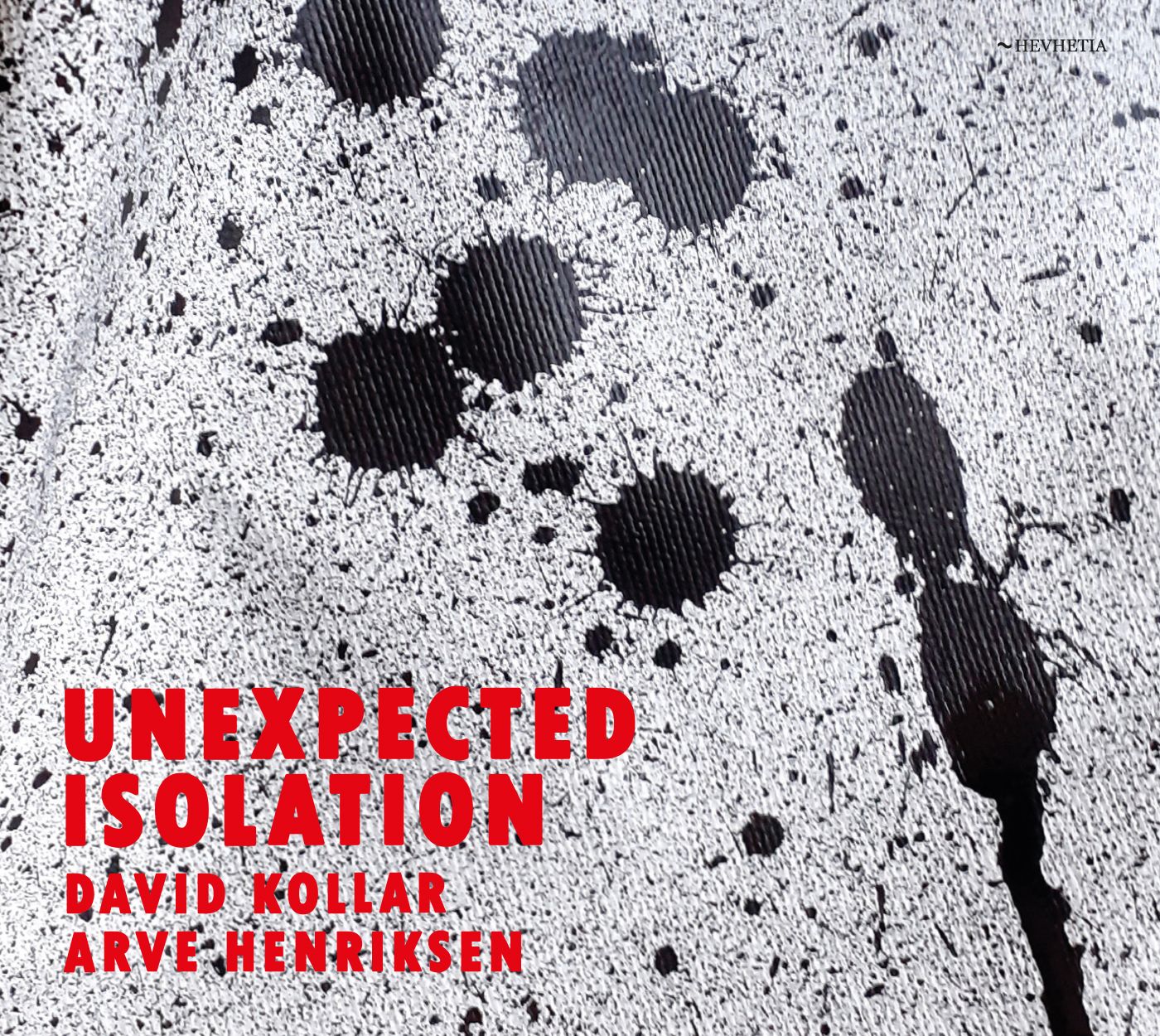 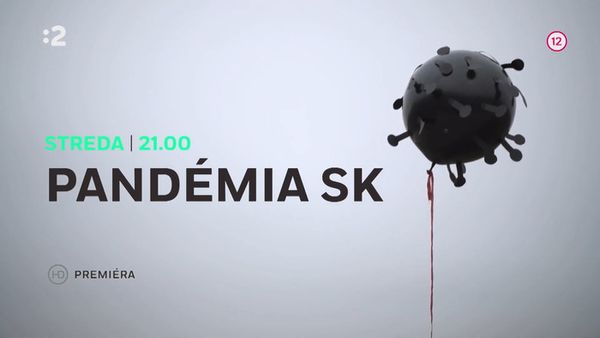